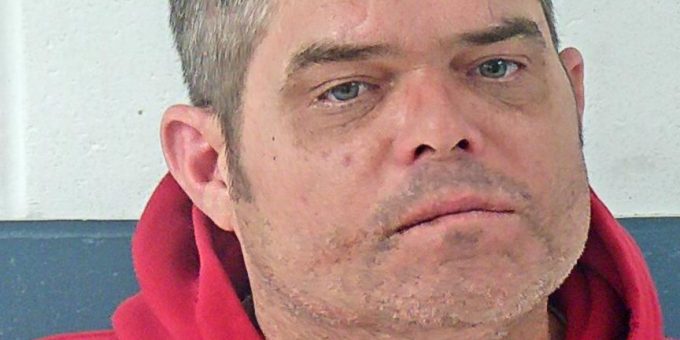 (BEDFORD) – A Bedford man was arrested Wednesday morning after Bedford Police officers were sent to a home in the 2010 block of F Street after a report of a domestic dispute.

Officers said Tegarden was intoxicated and had a cut on his hand. He told police he received the injury after busting in a bedroom door.

The woman told police she came home to find Tegarden asleep. A short time later he woke and the two began arguing.  She went to the bedroom so Tegarden would leave her alone. Tegarden then busted through the door where the physical altercation began. During the altercation, Tegarden allegedly grabbed her by the throat.

The woman told police she didn’t want Tegarden to go to jail. She just wanted him to leave for the night.

Officers arrested Tegarden based on the nature of the violence.