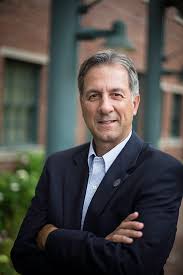 (BLOOMINGTON) – Bloomington Mayor John Hamilton today announced Deputy Mayor Mick Renneisen’s plans to retire from his position on April 23, after four decades of service to the City of Bloomington and the community.

Mayor Hamilton appointed Renneisen as Deputy Mayor in January 2016, when Renneisen was serving as Administrator of the Parks and Recreation Department. Renneisen supervises 16 City departments. He has been instrumental in implementing the Hamilton administration’s policies and goals. These goals include job creation, affordable housing, quality of life improvements, and transparent and efficient basic governmental services. As deputy mayor, Renneisen has also served as lead project manager for several major City initiatives, including the redevelopment of the Bloomington Hospital site and the potential expansion of the convention center.

“Mick has been at the center of so much that our community treasures–from our parks, trails and recreational facilities and events to the basic functioning of all of our departments. He is a quintessential public servant and has been indispensable in helping envision and realize the Bloomington we want to create for future generations,” said Mayor Hamilton. “His deep institutional knowledge and strong relationships in the community, complemented by his personal integrity and generous spirit, have been a tremendous asset to the City of Bloomington, and to me as Mayor.  As hard as it is to see him go, I share in his happiness at the prospect of more time with family and out enjoying the community and wider world, including some of the very park assets he helped bring to fruition!”

Renneisen spent most of his career in the Parks and Recreation Department, which he joined in 1981 and led as Administrator from 1996 through 2015. Under Renneisen’s leadership, over $50 million in capital projects were completed. Projects such as the nine new holes at Cascades Golf Course, a 100,000-square-foot indoor recreation center (Twin Lakes), the addition of Olcott Community Park, Leonard Springs Nature Park, the B-Line Trail, Clear Creek Trail, Jackson Creek Trail, Miller-Showers Park, Upper Cascades Skatepark and the Showers Common were completed as well as many improvements to existing parks. Mick also assembled both land and funding resources and led the Master Planning process for Switchyard Park, the $34 million project completed in 2019 that is the largest park project in the city’s history.

“After 40 years of public service, it’s time for me to retire and spend more time with my family,” said Renneisen.  “When I started as the Parks and Recreation Department’s Sports Coordinator on April 20, 1981, I never imagined that I would work for the City of Bloomington for 40 years. I’m fortunate to have served our community in various roles during the tenures of four mayors over the course of four decades.”

“I’ve had the privilege of being part of a number of projects and initiatives that, I believe, have improved the quality of life for our community,” Renneisen reflected. “The time truly has flown by and I leave with a sense of pride and accomplishment from my time with the organization.”

Renneisen holds a B.S. in Physical Education (1979) and an M.S. in Public Parks and Recreation Administration (1988), both from Indiana University. Renneisen has served as an adjunct instructor at IU’s School of Public Health and hosted a monthly IU sports program on WTIU.  In addition, Renneisen has been an NCAA statistician for the IU men’s basketball team and the internal press box announcer for IU football home games since 1983, roles in which he intends to continue.