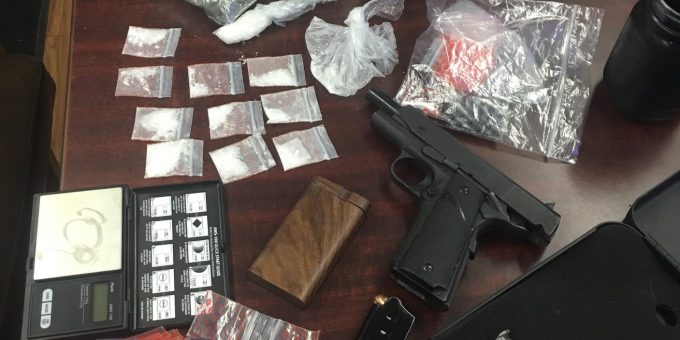 (LOOGOOTEE) – On Saturday, February 6th the Loogootee Police Department responded to a report of a suspicious vehicle at a residence on Doyle Avenue.

Police located the driver 32-year-old Howard Phillips, of Loogootee at the address.

While talking to Phillips, an officer noticed the odor of marijuana emitting from Phillips person.

A bag containing approximately 55 grams of marijuana was discovered.

The total weight of the meth seized was approximately 21 grams.

A loaded 45-caliber handgun was found in the vehicle in addition to the drugs and paraphernalia.

Police secured a search warrant for the motel room where Phillips was staying.

The search warrant was executed on Sunday morning. During that search, police found drug paraphernalia and marijuana.