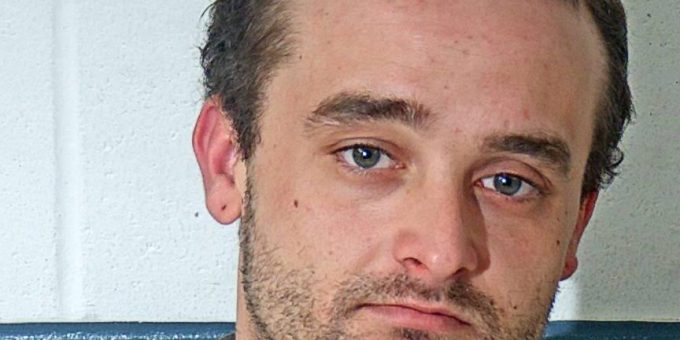 (BEDFORD) – A Bedford man was arrested after a Bedford Police officer noticed the driver failed to use their turn signal at 16th and D streets Tuesday night.

The driver slammed on the brakes and turned into a drive in the 400 block of 16th Street, partially obstructing the entrance. The driver then put the vehicle in park and exited his vehicle.

Police say 30-year-old Ethan Patton said he was trying to adjust the tarp covering the bed of the truck.

The officer finally gained control of Patton, handcuffed him and placed him in the patrol car.

Patton’s vehicle was towed and his dog that was inside the vehicle was picked up by the Bedford animal control officer.