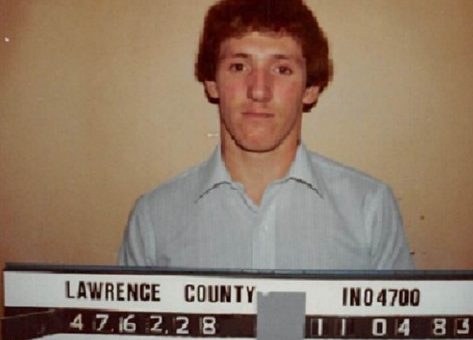 Mike Floyd has served nearly 40 years for a crime he says he didn’t commit.

Floyd and Ron Deckard were arrested after they abducted a Bedford woman at the end of her Stone City Products shift on July 13, 1983, and raped her.

An acquaintance of the woman, Ron Deckard, was already in her car and told her to drive.

Deckard pulled a pellet gun on the woman to force her to pull over. Once stopped on road side, he put the woman in the trunk and a placed a hat over her face, according to court documents.

Deckard drove to a secluded area, where the woman was taken out of the car and raped.

The woman didn’t see Floyd because of the hat over her head but told police she heard Floyd’s voice and identified him as the rapist.

Deckard told police it was Michael Floyd who raped the woman, not him.

Floyd was 21-years-old when he was arrested. He pleaded guilty to charges of conspiracy, and criminal confinement in a negotiated plea deal. The rape charge was dropped in exchange for his guilty plea. Floyd was sentenced to 110 years in prison.

Ron Deckard, also an acquaintance of Floyds, admitted his guilt in 1984. He too pleaded guilty in a negotiated plea deal to charges of conspiracy and criminal confinement. The rape charge was dropped. Deckard served 15 years in prison and was released in 1999, according to the Indiana Department of Correction.

A FBI report showed semen found on the rape victim’s underwear was blood type A, while Floyd has blood type O. Floyd demanded more DNA testing, but learned the evidence was destroyed on December 8, 1995.

Floyd has exhausted all his appeals and no court has overturned the verdict, including the Indiana Court of Appeals and the Indiana Supreme Court.

The Indiana Parole Board made a recommendation to Governor Holcomb, for clemency. The governor issued his decision on Jan. 26, 2021.

The Governor denied clemency because of the nature of the offense, Floyd’s criminal history, and in the best interest of society.

Floyd can apply for clemency again in 2023.