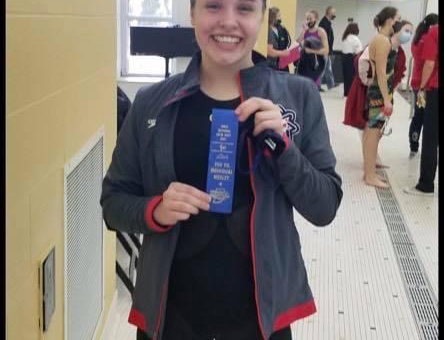 The winners in each event automatically qualified for the state finals.

”That one will keep me up nights for a while,” BNL coach Adam Young said. “But the girls (Kaitlyn Hackney, Gabhart, Patton and Shelby Slaughter) dropped a ton of time, and Tell City had to earn it.”

The Stars finished fourth in the team competition with 226 points. Jasper won the team title with 403.

“I don’t know that it will translate to how big a deal that is,” Young said. “We only had 10 individual finals swims. But they were all, every one of them, monster performances.

“This girls team is, pound for pound, one of the best I’ve seen here.  No offseason swimming, a team quarantine, multiple individual quarantines, missing half of the critical Christmas break training time and having hardly any dual meets. What they pulled off this weekend I would put in the improbable category. They overachieved in every phase.”