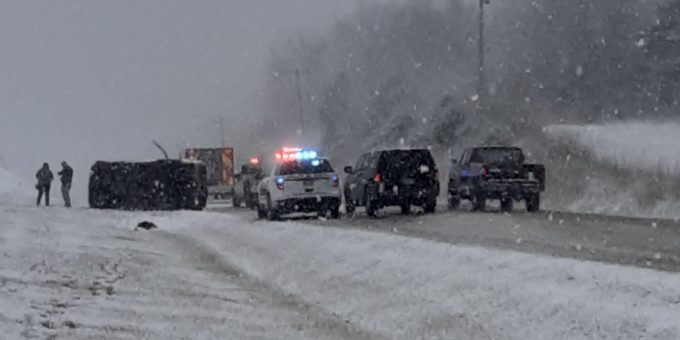 (MITCHELL) – A Mitchell man was injured after he lost control of his vehicle on snow-covered State Road 60 West, Wednesday afternoon.

According to a Lawrence County Sheriff’s Department report, the accident was reported at 3:11 p.m.

Herald lost control of his 2003 Ford Explorer causing the vehicle to slide into a ditch and overturn.

Herald was freed from the wreckage by first responders from both Huron and Marion Township Volunteer Fire Departments.

Herald complained of left shoulder pain and suffered a cut to his left elbow. He was transported by an IU Health Hospital ambulance to IU Health Bedford Hospital for treatment.