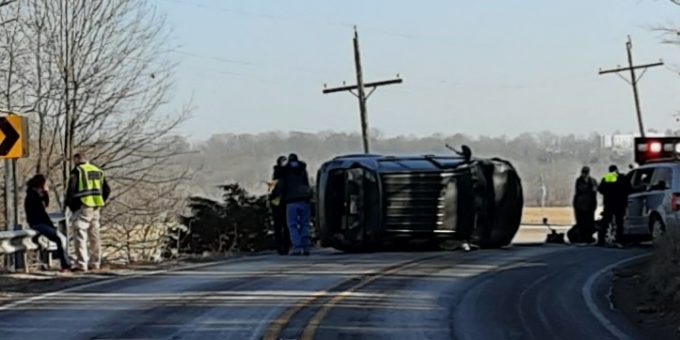 (FAYETTEVILLE) – A Mitchell woman was arrested after a head-on collision Tuesday afternoon on State Road 158 West near Lavender Lane.

The accident was reported just after 2 p.m.

Police say Duncan drove her 2007 Mitsubishi Outlander left of center and crossed into the path of Howell’s vehicle.

Howell slowed down and moved to the side of the highway to avoid the collision but Duncan’s vehicle struck Howell’s vehicle head on.

Howell’s vehicle came to a stop further east and Duncan’s vehicle flipped on its side further down the roadway.

Police say Duncan was intoxicated. She submitted to a portable breath test and blew 0.214. She was transported to IU Health Hospital for a blood-draw, those results are pending.

Duncan was arrested on a charge of operating a vehicle while intoxicated endangerment.

Police say neither Howell nor Duncan suffered injuries and were cleared by medical personnel at the scene.