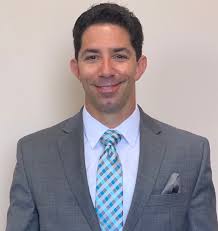 (INDIANAPOLIS) – After enduring a year in which theft of a catalytic converter was filed 150 times, Johnson County Prosecutor Joe Villanueva asked an Indiana legislative committee to support a bill that would increase penalties for that crime.

Senate Bill 167, authored by Sen. Jack Sandlin, R-Indianapolis, adds catalytic converters, an exhaust emission control device, to a list of ‘component parts’ of a vehicle. The theft of any of these parts would result in a Level 6 felony. Because of the metal makeup of the converters and their location on cars, they are relatively easy to take off and are worth substantial sums of money at scrapyards.

The theft of catalytic converters is a big issue in Johnson County, where Villanueva told lawmakers his office files one almost every other day. And it’s not unique to Johnson County. He said current law does not go far enough in holding offenders responsible.

“If this happens to someone, they’re looking at more than a thousand dollars in expenses, having their car towed, buying a new part, having it installed, not to mention possible loss in income because they can’t drive,” Villanueva said. “These are your constituents being harmed. Your neighbors, your local businesses.”

Villanueva thanked Sen. Sandlin for his work on the bill and the Senate Corrections and Criminal Law Committee for hearing it. SB 167 passed out of the committee 8-0.