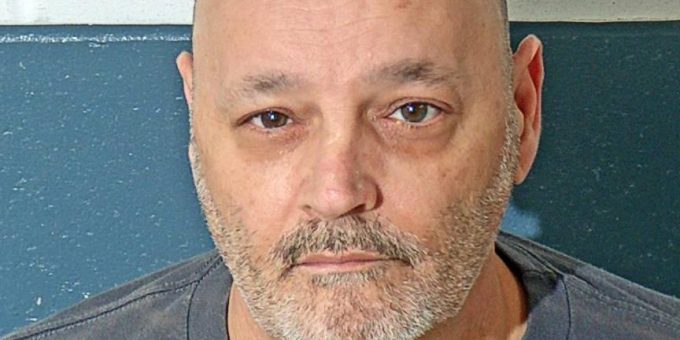 (BEDFORD) – A Bedford man was arrested Sunday after a report of a large explosive device set off just after 7 p.m. in the 2590 block of South Leatherwood Road.

When Lawrence County Sheriff’s Department deputies arrived they spoke to the caller who reported the explosion occurred in front of the caller’s property.

The property owners reviewed their home security camera footage and saw a small pickup truck driven by 54-year-old Edward Pruitt Jr. slow down in front of their home with a small explosion occurring. As the the truck accelerated, a large explosion then occurred. The truck then entered the driveway of 2638 South  Leatherwood Road. Pruitt is then seen and heard having a conversation with one of his family members.

The caller reported to the police the explosion was used to alarm and intimidate their family because Pruitt doesn’t like their dogs barking. The family has an active protective order against Pruitt.

Police say the explosion created a substantial risk for bodily injury or death to any persons located at the residence due to debris launched from the detonation of the explosive.

The caller also showed police a video that was taken on January 2, which showed Pruitt exit his pickup and “flipping off” the male who was in his driveway.

Officers spoke to Pruett and then arrested Pruett.

Pruett told police he saw someone in the woods and threw the explosive device. He then stated he has dealt with the barking dogs for years.

While walking Pruett to the police car, Pruett became vulgar, screaming profanities at his neighbors.