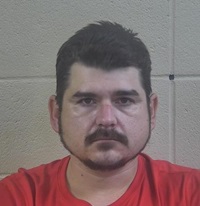 (HUNTINGBURG) – A Dubois County man was arrested Thursday after police received a report of suspicious packages in the 300 block of East 4th Street.

Police say one of those packages was made to look like an explosive device and contained combustible materials.

Police were able to locate a suspect and obtained a search warrant.

Police arrested 35-year-old Jordan Brown on a charge of possession of a destructive device.

Police say they determined Brown was responsible for detonating a homemade explosive device on December 20, 2020.

If you have any information about the package call the anonymous tip line at 812-684-2992.