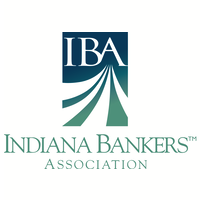 (UNDATED) – The members of the Indiana Bankers Association 2021 Board of Directors have assumed positions effective Jan. 1.

Board members were elected on Nov. 18 during the virtual IBA Mega Reimagined Conference and Annual Convention. The functions of the board are to guide IBA policy and to establish long-range goals and objectives. Additionally, the board helps determine the Association’s legislative programs and positions on issues affecting the Indiana banking community.

The 17 members of the IBA Board of Directors are listed below by the capacities in which they serve:

About the Chairman:
Michael S. Zahn, 2021 chairman of the Indiana Bankers Association, is president and CEO of First Federal Savings Bank, Huntington. He joined the bank in 1996 and was named president in 2005 and CEO in 2011. Zahn is a board member and past president of the Huntington University Foundation and a member of the board of directors of Huntington County Economic Development. Additionally, he is a past member of the board of trustees for Huntington University and past chair of the United Way of Huntington Capital Campaign, the Bowen Center, the Optimist Club, Parkview Huntington YMCA, Huntington County Junior Achievement, Huntington County Chamber of Commerce and Lime City Economic Development. Zahn has served the IBA as first vice chairman, second vice chairman and northeast region director. He earned an undergraduate degree from Indiana University and an MBA from the University of Notre Dame.