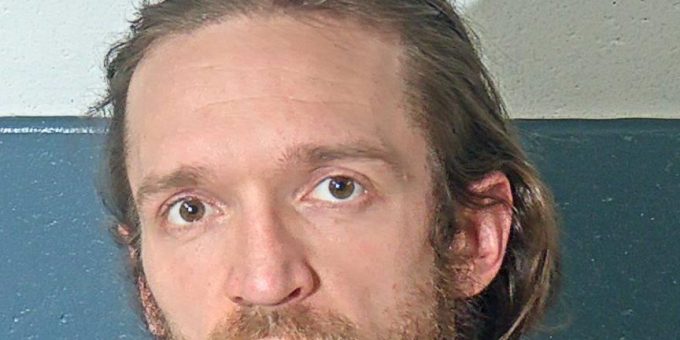 (BEDFORD) – A Mitchell man was arrested Wednesday morning after Bedford Police officers were called to McDonald’s.

The caller says a man was inside the restaurant had pulled a bag of marijuana out of his pocket, said Chief Terry Moore.

When police arrived they found 29-year-old Cole Reynolds sitting in a booth with another male.

Officers approached the men and told them about the complaint. Reynolds became confrontational with officers and refused to step outside. The other male cooperated.

He finally complied and both men were escorted from the building.

While speaking with Reynolds, officers noticed a blue substance inside his nostril.

Officers asked him about the substance and Cole began rubbing his nose.

“Reynolds was then asked to face the wall and an officer began patting him down and that is when a bag of marijuana dropped on the ground,” Chief Moore added.

Officers arrested Reynolds. The other male was released.

In Reynolds’ pocket officers found a container with a blue pill inside and a small .22 caliber North American Arms handgun.