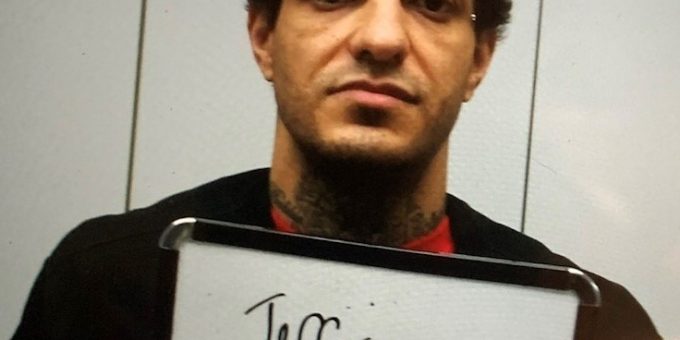 (BRAZIL) – Indiana State Police are investigating a barricaded incident that occurred at a Brazil, Indiana hotel after a nearly twenty-six-hour standoff with an armed suspect who fired at officers.

The incident began at approximately 10:15 a.m., on December 3, when a US Marshals Task Force made up of the US Marshals Service, the Terre Haute Police Department, and the Indiana State Police, attempted to serve a warrant on a resident of the Best Western Plus Hotel.  Upon the officer’s arrival at the hotel, they received information on the room number where 40-year-old Shannon Jeffers, of Terre Haute, was staying.

Officers went to the room and announced their arrival. Jeffers then fired one shot through the door at officers.

Officers then retreated, taking cover, and immediately cleared all occupants out of the hotel for their safety. Once this was complete, officers set up a perimeter around the hotel.

Officers from numerous agencies responded to the scene. The Terre Haute Police Department Special Response Team and Hostage Negotiation Team also responded. Negotiators were able to make contact with the suspect and were able to get two other occupants, who were inside the hotel room with Jeffers, released safely.

The original warrant for Jeffers was issued out of Vigo County for a probation violation on original charges of possession of methamphetamine and a felon in possession of a firearm.  Jeffers was taken into custody and transported to the Clay County Jail where he will be facing a charge of attempted murder, a Level 1 felony, according to Clay County Prosecutor Emily Clark.

Detectives from the Indiana State Police Putnamville Post are leading the investigation into the incident.