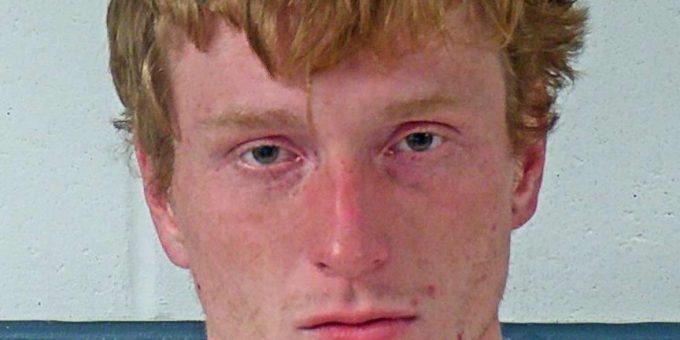 (MITCHELL) – A Mitchell man was arrested after a warrant was issued for his arrest.

According to a probable cause affidavit, on June 13, 2020 at 9:35 p.m. a Mitchell Police officer saw two people in the Shell gas station parking lot involved in a verbal altercation.

Police approached the green 1988 Chevrolet and found Whitni Chenault in the driver’s seat and Kenneth Chenault standing outside of the vehicle. Both were yelling at each other. Kenneth then walked into the gas station.

An officer then approached Whitni and asked what was going on. She told police she and Kenneth were driving to the gas station and they both got into an argument over the issue of Kenneth being unfaithful.

She then pulled into the station and that is when she told Kenneth to get out of the vehicle because she didn’t want to be around him anymore.

She told police that is when Kenneth got upset and began yelling at her.

Another officer spoke to Kenneth to get his side of the story.

During the conversations, officers smelled the distinct order of raw marijuana coming from inside the vehicle.

An officer asked Whitni if there was anything illegal in the vehicle. Whitni told police if there was it was not hers.

Officers searched the vehicle and found marijuana and a syringe.

Police asked Kenneth if the items belonged to him and he said they did not.

Whitni was then told to get back into her car and go home. She was told to file a protective order against Kenneth.

The information was then forwarded to the Prosecutor’s Office and a warrant was issued for Kenneth Chenault’s arrest.