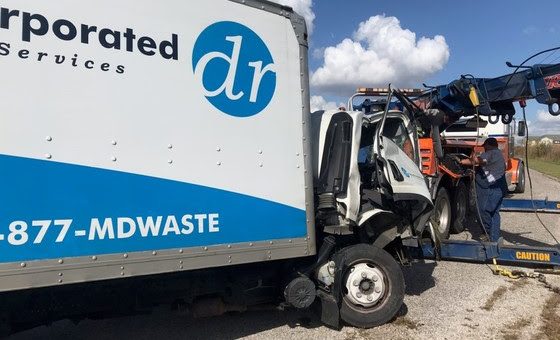 At 1-:05 a.m. Indiana State Police, Dubois County Sheriff’s Department and Ferdinand Police responded to the accident on State Road 162, just north of I-64 in Ferdinand.

At the time of the crash, 45-year-old Derrick Carter, of Louisville KY, was operating a 2014 Isuzu box truck northbound on State Road 162. The vehicle traveled off the west side of the roadway.

Carter was flown to St. Vincent Hospital in Evansville for treatment of his injuries.

His passenger 42-year-old Juanito Lyons, also from Louisville, KY, was a was transported by ambulance to Jasper Memorial Hospital for treatment of his injuries.

The accident is still under investigation by the Indiana State Police.