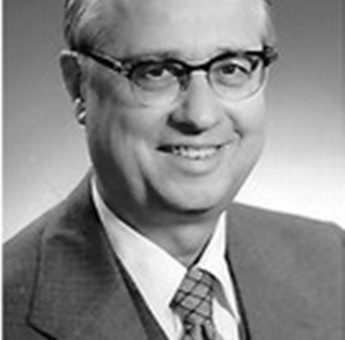 He was raised in Bedford where he met his wife, Phyllis.  The two were married on November 23, 1949.  They were married for 70 years.

Raymond preached his first sermon at the Church of Christain Oolitic, IN in 1950.  He preached every Sunday at a different congregation until he started his first full-time work in Martinsburg, IN.  His preaching took them to Pekin, IN; Vincennes, IN; Spencer, IN; Peru, IN; Plainfield, IN; Florence, AL; Louisville, KY; Oolitic, IN; Bedford, IN; Bloomington, IN; Sheffield, AL; and Mooresville, IN.

The Lord blessed them with four children, three sons, and a daughter.

He was preceded in death by his parents, Horace and Dorothy Harris; his brother, John Leo Harris; and his sister, Mary Jeanette Harris Jordan.

He was a man of deep faith and passionate conviction, a veteran soldier of the Cross, who devoted his life to teaching the Bible and preaching the gospel.

He was a hard worker for the Lord:  2 Corinthians 12:15 man who was “gladly spent” for the souls of others.  He will be greatly missed, but we rejoice in our hope that we will see him again.  He has run the race and by God’s grace has won.