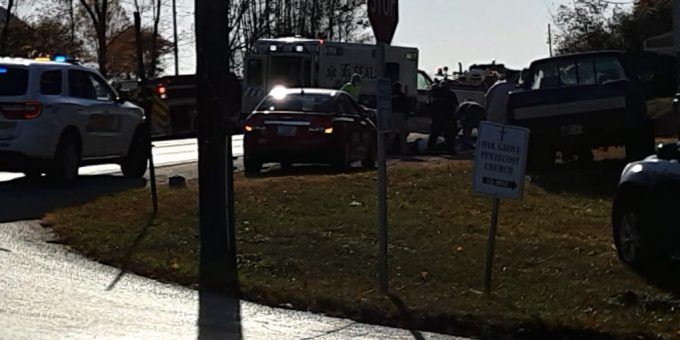 (SPRINGVILLE) – A teen was injured Tuesday afternoon after failing to yield the right of way on a mini-bike he was riding and collided with a passenger car on State Road 54 and Old Farm Road in Springville.

According to the Lawrence County Police report, a 15-year-old male was traveling northbound on Old Farm Road on a mini-bike when he failed to yield the right of way and stop sign at the intersection of State Road 54 and Old Farm Road.

69-year-old Shelia M. Doty, of Bloomfield, was traveling westbound on State Road 54 in a 2013 Chevrolet Cruze when she stated she thought the driver of the mini-bike would stop, but she stated he did not even look over her way. She applied her brakes but was not able to avoid the collision. Her vehicle suffered heavy front end damage. Doty was not injured in the crash.

The male suffered head trauma and injuries to both of his legs and was transported by AirEvac from a landing zone at the Springville Elementary School to Norton Children’s Hospital in Louisville, Kentucky.