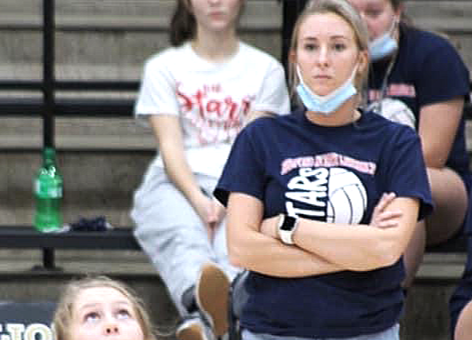 LOOGOOTEE – Bedford North Lawrence concluded the regular season with a three-set loss to Class A No.3 Loogootee on Thursday night.

“We just weren’t able to finish and have enough consistency to pull out a win,” BNL coach Gabrielle Arthur said. “Loogootee has a solid team and forced us into more errors. Basically half their points were our errors at times, and we can’t have those nights against solid teams like that.”

Annie Waggoner had 13 assists and 8 digs, Sydney Gipson had 8 kills and 5 digs, Brynlea Bennett had 17 digs and 4 kills, Carlee Kern totaled 7 kills and 7 digs, and Haley Deckard had 10 digs and 3 blocks for the Stars.

“Sydney and Bryn really stepped it up and played extremely well,” Arthur said. “We’re moving forward and focusing on how we’re going to win the sectional.”

BNL will face Bloomington North in the Class 4A sectional at Columbus East on Oct. 15 at 6 p.m.