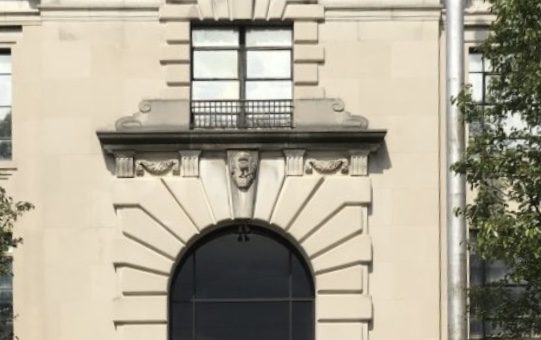 (BEDFORD) – The Bedford Board of Works approved the bid to sell the Bedford Development Center located at 405 I Street formerly known as the Stonegate Education Center North for $356,500.

Previously the building was to be used by the City of Bedford as a business incubator. But, the city was occurring a large amount of costs to maintain and operate the building.

Most of the ten organizations that were using the facility were paying little or no rent.

Mordoh used Bloomington real estate prices for similar buildings as a reason for the higher appraisal for the property.

Brooks & Galloway looked at the age of the property and the deterioration of the building as a factor in the lowest appraisal of the property, according to Bedford Planning Director Brandon Woodward.

In their August meeting, the Board of Works approved to advertise the bids for the building and three lots with a minimum bid of $356,000. The remaining of the four lots could be bid separately.

In September, the Board of Works only received one bid from Wellness Real Estate Center for $356,500 for all the lots and the building. Laura Anderson of Millican Realty was representing the group wishing to purchase the property.

The bid was placed on hold to see if the company was still interested in the three lots and the building.

During the Bedford Board of Works special meeting Wednesday night the building and three lots, which include lots 14, 15, 16, were sold to Wellness Real Estate partners for $356,500.

Bedford Plan Director Brandon Woodard recommended the lots be advertised for a minimum bid of $7,500 each. The asphalt can remain or be taken up.

The Bedford Board of Works approved the readvertisement of the bids.

The bid of $20,500 was approved. Indian Creek was one of two bids received. The other bid of $16,500 was submitted by the Marion Township Rural Fire Department in Mitchell.