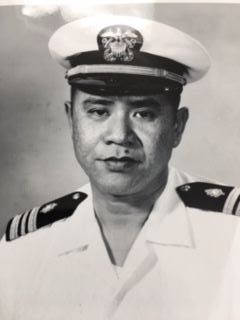 He was born in the Philippines on November 4, 1932, to Ricardo Odulio
and Sofia (Villaflor) Odulio. He graduated from the University of the Philippines and was a General Surgery Physician with offices in Mitchell and Salem.

He married Marcia Pifer on January 8, 1989 and she preceded him in death, he married Luanne Wayman on July 23, 2007 and she survives.

Dr. Odulio was preceded in death by his parents and 9 brothers and sisters, and his wife, Marcia Odulio.

Funeral Mass will be held on Saturday September 12, 2020 at 11:00 AM at St. Vincent De Paul Catholic Church in Bedford, burial will follow in Cresthaven Memory Gardens in Bedford, military rites will be given by the Mitchell American Legion Post #250.

In lieu of flowers donations may be made in Dr. Odulio’s memory to the Multiple Sclerosis Association of America.

Cresthaven Funeral Home is entrusted with his arrangements.