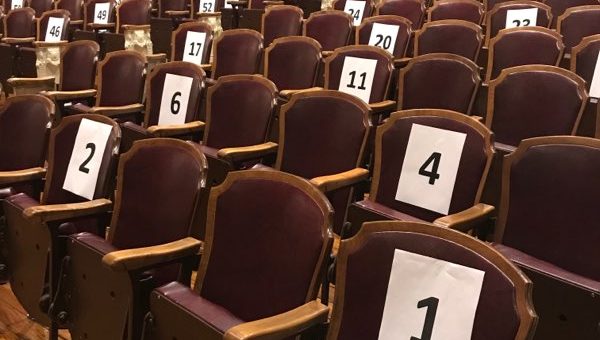 (UNDATED) – The offices of Lawrence Superior Court 1 will be closed today to conduct jury selection in case of the State of Indiana verses Brent G. Goodman.

Jury selection is expected to take one day.

Judge Plummer has ordered the prospective jurors to appear for jury duty at the Mitchell Opera House on September 9, 2020, at 8:30 a.m.

Except for jury selection, the jury trial will take place in the courtroom of the Lawrence Superior Court 1 on Thursday, and Friday.

Goodman is being represented by Indianapolis Attorney Denise Turner. Lawrence County Prosecutor Sam Arp will be presenting the case for the state.

He alleged Goodman made him watch pornography and said Goodman touched him in a sexual manner and took nude photographs of the boy with his cell phone. The boy said Goodman also showed him nude pictures of other boys on Goodman’s cell phone.

Goodman was booked into the Lawrence County jail and posted a $5,005 cash bond and was released.