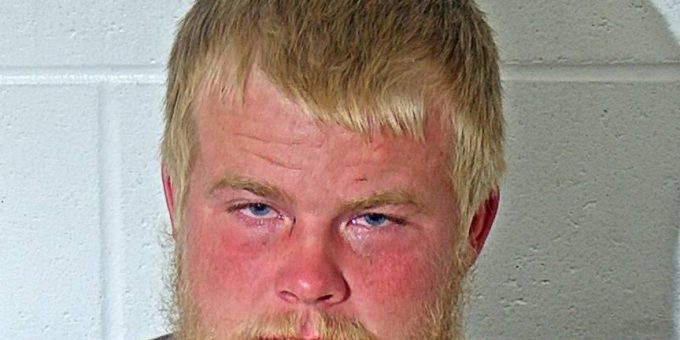 (BEDFORD) – An Oolitic man was arrested Saturday after Bedford Police officers were called to the 300 block of a Lincoln Avenue about a man who was allegedly pushed out of a vehicle.

When police arrived at 3:13 a.m. they found 23-year-old Austin Key sitting on the curb.

“As they spoke with Key they could smell the odor of alcoholic beverages on his breath and person,” said Assistant Chief of Police Joseph DeWees. “His balance was also very poor. Officers saw that he had some injuries, as his elbows were scraped.”

“Key was given the opportunity to call for a ride, but he had left his phone at a drinking establishment,” DeWees added. “Officers offered to find someone for him, but Key refused to provide any information and began cussing at the officers.”

Key was arrested on a charge of public intoxication.

“During this, he also threatened to harm the police officers resulting in the charge of intimidation of a law enforcement officer,” addedDeWees