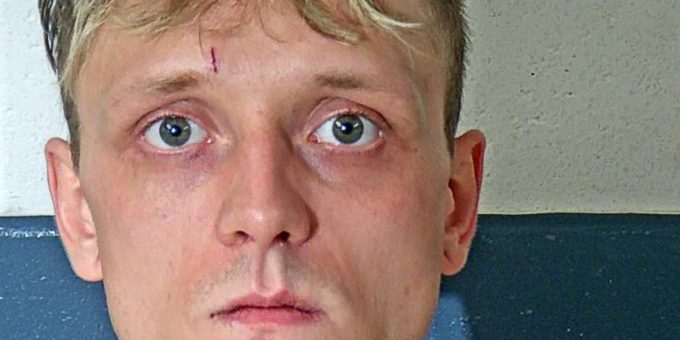 (BEDFORD) – A Bedford man was arrested after an employee found him attempting to break into Papa John’s early Thursday morning.

According to Chief Terry Moore, when officers arrived they spoke with an employee who said while he was in the back of the store the drive-thru window alarm sounded.

“The employee said he could hear someone attempting to open the window and witnessed who was later identified as Joshua Crouch walking away from the store and towards a nearby house,” said Chief Moore.

Officers located Crouch and during their conversation with him, he became loud and started cursing.

“Officers asked Crouch to lower his voice because of the proximity to a school,” added Chief Moore. “Crouch then tried to walk away and continued to yell. He was stopped and taken into custody while he continued to yell and curse at officers.”