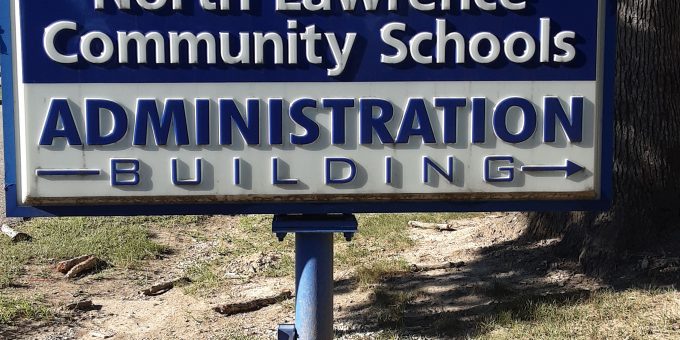 (BEDFORD) – North Lawrence Community School Board members were given an update during the school board meeting Thursday evening.

The 2020-2021 school year is off on a good start. The first day of school had normal first-day issues such as busing and a few minor maintenance issues at some of the schools.

However, those issues were addressed and the second and third day of the school went smoothly for the entire North Lawrence School Corporation.

The bus hubs are located at the five elementary schools and making sure everyone was familiar with the proper bus routes took some ironing out.

There were some air conditioning issues at Shawswick School but officials say those issues were quickly taken care of.

“These are just outright lies and we are concerned about our students and staff,” he added. “We are in contact with the health department, our school nurses, and some of our school board members have children or grandchildren in the schools, and the safety of our students is a priority.”

Mrs. Dainton gave an update on the first week of school reporting there were a total of 350 students enrolled in the K-5 Empire Virtual Learning program. Students participate in a daily curriculum Monday through Thursday and Friday is a planning day to catch up on anything they need.

There are a total of 593 students in the 6-12 Empire Virtual Learning Program. There are some students that are waiting for schedules and they will not be penalized for being behind. Officials will be working with them to catch them up. There were some connectivity issues that had to be worked out in rural communities. There were also some login issues during the first week of the school year.

“I could not be happier with the way things have gone in our first week,” stated Dr. Mungle.

“Did we take on more debt? The answer is yes, but that is how school corporations around the state address capital improvement projects,” he added.

This came after Ed Bay challenged school board members Scott Gillespie, Larry Arnold, and Jeremy Gilbert not to vote on capital improvement projects until Dr. Mungle provides the school corporation with a plan for spending the money.

Dr. Mungle stated $2.6 million will be used at the Bedford -North Lawrence High School, in addition to the new artificial turf at the BNL football facility and another $2.6 million will be used for HVAC needs at Shawswick Elementary School and a new roof at the Stalker building. Other elementary schools are still using pneumatic controls for HVAC and they will have to be replaced.

During the public comment period Chad Shock asked about the status of transferring the Fayetteville and Springville school facilities back to township officials. He also asked about the discussions between the township trustees of both Indian Creek and Perry Townships.

North Lawrence Community School Attorney Greg Pittman stated the process of transfer is easy, however, the transfer of the liens takes a lot longer. The school corporation is waiting on appraisals and more discussions between township officials are needed.