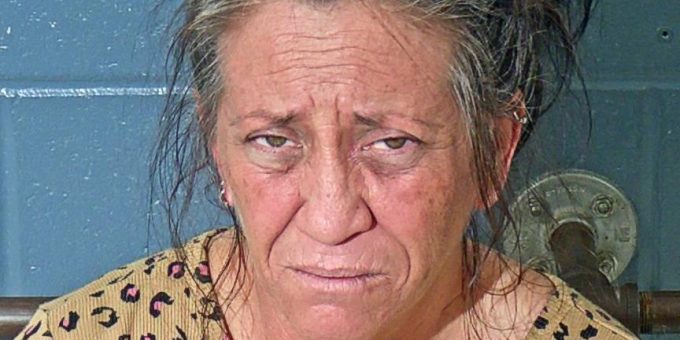 Police arrested 48-year-old Melissa Sampson, of 1146 S. Leatherwood Rd., on charges of operating a vehicle while intoxicated, two counts of possession of cocaine or a narcotic drug, and possession of drug paraphernalia.

According to a probable cause affidavit, at approximately 10:04 p.m. Bedford officers were called to Ruler Foods after a report of a woman passed out in her vehicle. The caller said the woman had been there for about an hour.

When police arrived they found Sampson in a white Kia that was running in the parking lot.

Sampson was slumped over in the driver’s seat of the vehicle.

Officers knocked on the driver’s window and Sampson would not wake up.

The officer opened the driver’s door and woke Sampson.

Sampson shut the vehicle off. While speaking with her police noticed her speak was slurred and when she exited the vehicle was unsteady on her feet.

Police asked Sampson if she had taken any medication or drank anything to cause her to be unsteady. She told police she had taken Xanax and Oxycontin earlier in the day.

Officers did a vehicle inventory of her vehicle before it was towed and they found several loose pills including Suboxone, Carisoprodol, and Buprenorphine Hydrochloride in Sampson’s purse. They also located a metal straw that contained a white residue and a pill crusher.