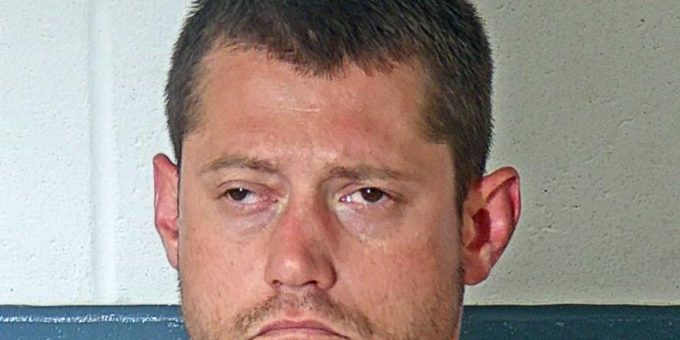 (BEDFORD) – A Bloomington man was arrested early this morning on drug charges.

According to a probable cause affidavit, on Thursday a Bedford Police officer was on patrol when he witnessed a silver Ford Focus traveling west on 16th Street and had no illuminated license plate light. When the vehicle came to a stop in the area of Beech Street, the vehicle only had one operational brake light. When the officer ran the license plate the plate returned to a 1997 Honda Accord.

While speaking with the driver Justin Dunn, the officer saw a 9mm handgun in between the driver’s seat and the center console.

The officer asked Dunn to step out of the vehicle and placed under arrest. During an inventory of the vehicle officers located a digital electronic scale with a crystal-like residue which later field-tested positive for meth, seven syringes, and a loaded magazine for the firearm. The magazine was located in the center console which was inches away from where the firearm was located.

While being processed at the jail officers found an orange in color pill in his Dunn’s pocket. Dunn picked up the pill off the counter and refused to put it down he then placed it in his mouth and swallowed it.

The Lawrence County Jail staff then transported Dunn to a local hospital for medical clearance before he was placed in a cell.