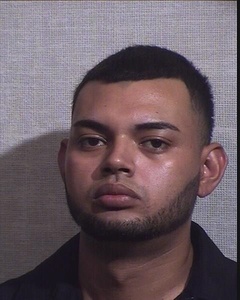 (SEYMOUR) – On Wednesday, August 5th, investigators and officers with the Seymour Police Department assisted the United States Marshal Service in the apprehension of an individual wanted out of Henderson County, Kentucky.

Sauceda-Nunez was taken to the Jackson County Jail by Seymour officers where he will be held pending extradition to Kentucky.