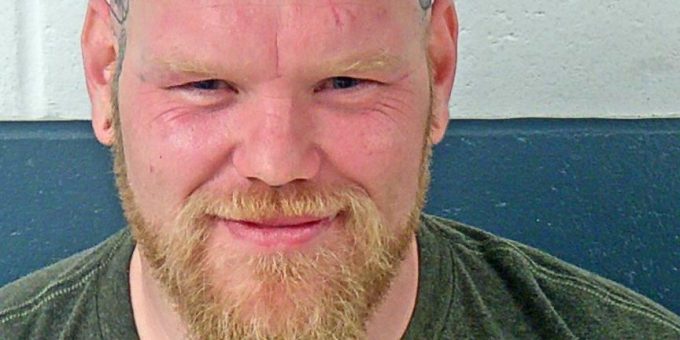 (BEDFORD) – A Bedford man was arrested Thursday night after Lawrence County Sheriff’s Department dispatchers answered a 911 call about a physical domestic fight in the 100 block of Sunny Acres Drive.

When police arrived they found a male laying on the floor and bleeding from the mouth. The male told police he had been kicked in the mouth and other areas by his brother, 34-year-old Joshua Blackwell.

Blackwell told police he “beat the brakes off him” because of statements he made about his wife.

“During the investigation, several items were observed inside the home indicating the use of marijuana,” said Chief Deputy Aaron Shoults. “Blackwell was arrested and transported to jail on charges of battery and possession of marijuana. The victim was treated on the scene by medical personnel but was not transported.”

Officers obtained a search warrant from Judge John Plummer III for the home.

A short time later Alexis Greene, who also lives in the home, arrived on the scene and was asked to stay in her vehicle.

Alexis Greene was released at the scene pending review of a probable cause affidavit for a warrant on the charges of possession of marijuana, growing or cultivating marijuana, possession of paraphernalia, and possession
of a Schedule III controlled substance with an enhancing circumstance while in possession of a firearm and in the presence of a juvenile under eighteen years of age.