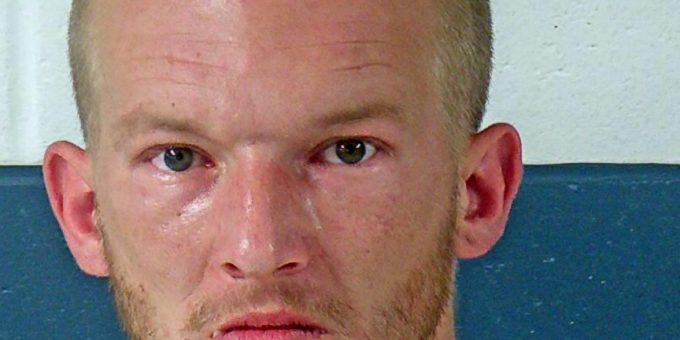 (MITCHELL) – A Mitchell man was arrested Friday night after a report of a battery.

According to a probable cause affidavit, at approximately 9:56 p.m. there was a report of a theft in the 620 block of West Main Street.

The male reported that Barlow had left the home and was walking to his home in the 500 block of South 9th Street.

Officials then received a call that Barlow, who was intoxicated, had assaulted a man in the 620 block of West Main Street.

Police then attempted to locate Barlow.

While traveling on 8th Street they found Barlow at the intersection of 8th Street and College Avenue.

As the officers approached they noticed Barlow was unsteady on his feet and was stumbling off the sidewalk into the grass.

When officers spoke to Barlow they could smell the odor of alcohol on his breath.

Officers asked Barlow to put his hands behind his back and he became aggressive and balled his fists.

He was again asked to place his hands behind his back, Barlow reluctantly did so.

Police then administered a portable breath test. Barlow blew a 0.183 blood alcohol level and was then arrested.