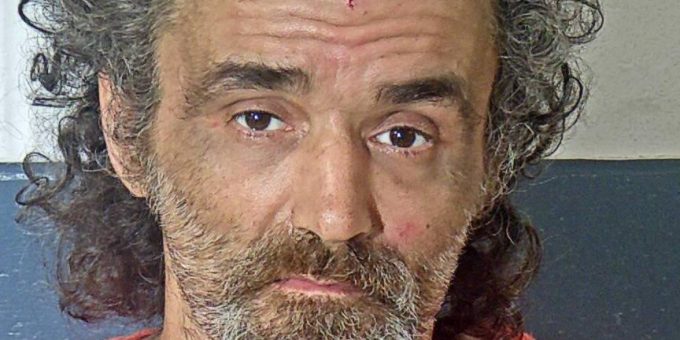 (MITCHELL) – An Indianapolis man was arrested after Lawrence County Police responded to a domestic fight in the 1700 block of WPA Road Saturday night.

“Once at the scene, the officers spoke to a female victim who stated that 49-year-old Christopher Nolan had head-butted her while at their residence in the 300 block of East Grissom Avenue in Mitchell,” said Chief Deputy Aaron Shoults. “The victim was bleeding from a large cut on her forehead and had left the residence with another person and drove to the home on WPA Road.”

A male victim told police that Nolan, of Indianapolis, had pulled a knife on him and threatened to kill him.

“This resulted in a struggle for the knife between the two of them,” added Chief Deputy Shoults.

Officers located Nolan at the residence on Grissom Avenue and arrested him on charges of intimidation and two counts of domestic battery.