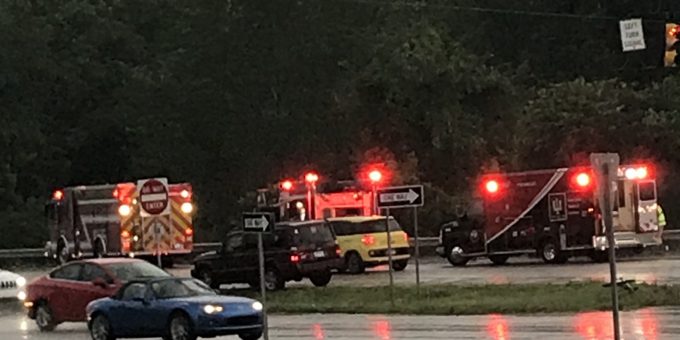 (OOLITIC) – A two-vehicle traffic accident at State Road 37 and Patton Hill Road at 8:00 p.m on Saturday sent three people to the hospital.

According to Lawrence County Police Department, 31-year-old William Cinamon, of Bloomington, was driving a 1999 Chevrolet pickup truck southbound on State Road 37 when he says he became distracted.

Cinamon told police he attempted to stop at the a red light, but his brakes failed and his vehicle struck a 2003 Buick driven by 27-year-old Joshua Roberts, of Bedford. Officials say Roberts had a green turn arrow at the intersection.

Both Joshua Roberts and his passenger, Robbie Roberts, of Bedford, were trapped in the vehicle following the incident and were extricated by Bedford and Oolitic Fire Department officials. Both individuals were then transported by ambulance to IU Bloomington Hospital with serious injuries. Robbie Roberts was later transferred to IU Methodist Hospital in Indianapolis for treatment of his injuries.

Cinamon and his passenger, Shawn Robertson, of Bloomington, were both injured in the crash. Robertson was transported to IU Hospital Bloomington by ambulance. Cinamon was treated at the scene and refused transport to the hospital.

Cinamon was given a field sobriety test at the scene and later submitted to a blood-draw which the results of that test are pending. Lawrence County Police have placed Cinamon at fault in the crash for unsafe speed, failure to yield, and disregarding a traffic signal.