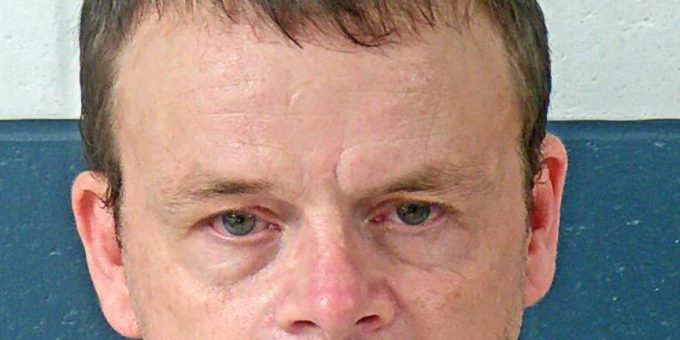 (MITCHELL) – A Mitchell man was arrested on Thursday after a domestic fight.

According to Mitchell police, on Thursday at 2:14 a.m. officers were called to the 310 block of Dean Street after a report of a battery with the male leaving the scene.

When police arrived they spoke with a female who had a cut on her neck and chin. She also had red marks on both of her arms.

The woman said she had her mother and her mother’s friend (Adam England) over to her home. At some point she went into the kitchen to get a drink and then go to bed.

Officials note that England got mad at her because he thought she was trying to come in between him and her mother.

The woman stated that England told her that “if you ever start anything between me and your mom again it’s not gonna be pretty” and then began calling the woman names.

She told police England then came up to her and punched her in the face. She says she pushed him away and he attacked the her again and grabbed her by her arms.

The mother then attempted to pull England off her daughter and that is when England took what is to be believed his keys and cut her hand, face, and neck.

England then left the house and the woman’s mother called 911.