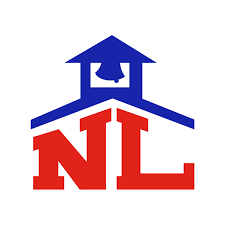 (BEDFORD) – North Lawrence Community Schools have approved resolutions to start the process of issuing bonds or loans for the school corporation.

Before a school corporation spends more than one million dollars to build, repair, or alter a school building that will use a lease or bond a public hearing must be conducted.

The public hearing and adoption of the resolution is the first step in the hearing process. The minimum payment of $185,000 will be due every six months while the projects are in construction. Once the projects are completed, the maximum value of the loan increases to $5,350,000. The maximum payment could be $2,690,000 annually for a term until the balance is paid in full.

The borrowing of the $5.35 million will come from the debt service fund. This fund can only be used on facilities. The fund can not be used for salaries or other items related to the daily operations of the school corporation.

“If we do not borrow some of this money, the ability to borrow will be available to other local governments,” said Dr. Ty Mungle.

This is how all Indiana schools maintain and make improvements to their facilities.

Roofing, lighting, heating/cooling, and security needs have been identified at some of the elementary schools. There are air quality and air conditioning needs at Shawswick Elementary. Roofing needs will be evaluated at all the schools and other needs will be determined. A report will be completed by July 2 board meeting.

One of the projects includes a proposed synthetic turf football field at Bedford North Lawrence High School which will increase the usage for middle/high school football teams.

The last bond issue for these types of projects was done in 2013, 2014, and 2017 according to Damian Maggos of Raymond James, who works with school financing projects.

“With my 18th year it is exciting this is being talked about. This project has been talked about for the last ten years or so. This would be a great improvement for our school, athletes, and all of our students from K-12 that will at some point go through the high school,” said Callahan.

Several schools throughout the area already have artificial or synthetic turf which allowed their football fields to be a multi-use facility.

“We did a study a couple of years ago; the total usage for the football field was at 75 hours including just football games, and band practice once a week. Other than this no one was allowed on the football field,” stated Horton. “If we get a synthetic field, the hours of usage will be over 1,000 hours. This is just not athletic use, but will add an educational tool to our school.”

The next public hearing and information will be held on July 2 at 6:30 p.m.