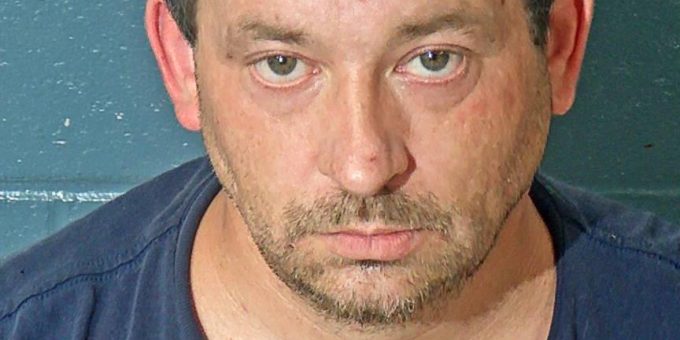 (BEDFORD) – Bedford Police officers received an anonymous tip that 41-year-old Jason Hardy, who was wanted on an active warrant, was staying at a residence in the 2300 block of 30th Street.

“When officers arrived a female let them inside to search for Hardy,” said Chief Moore. “Officers found him hiding in a hidden room. When he was asked to step out and show his hands he reached for his waistband and an officer tased him.”

After gaining control of Hardy, an ambulance arrived to medically clear Hardy for transport to jail. However Hardy refused medical treatment.

Hardy was arrested on charges of resisting arrest and on a warrant for failure to appear.