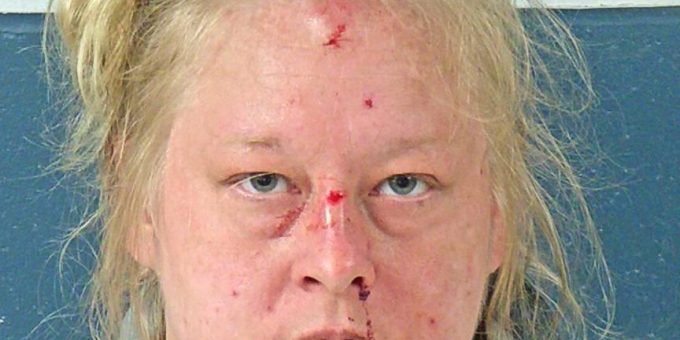 (BEDFORD) – A Bedford woman was arrested Sunday after Lawrence County Sheriff’s Department deputies were called to a residence at Oak Hill West.

When police arrived they found 36-year-old Sara Anderson outside of the home.

“The homeowner stated Anderson was there to remove property from the home that she had stored there,” said Chief Deputy Aaron Shoults. “At some point, Anderson became loud and verbally abusive toward the homeowner who then called police.”

After police arrived, they told Anderson several times to lower her voice, stop screaming, and not to use profanity due to several children in the immediate area.

“The homeowner agreed to let Anderson remove her property if the officers could stand by,” Chief Deputy Shoults added. “After getting her property and starting to leave Anderson exited her car and again began yelling and screaming and was placed under arrest. At that point, Anderson attempted to pull away from officers and run and resisted while being handcuffed. “

While being transported to the Lawrence County Jail, Anderson made threats to kill the arresting officer and jail staff upon her release, Chief Shoults added.