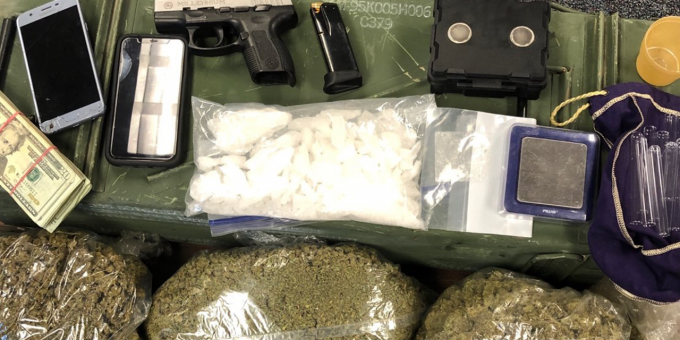 (COLUMBUS) — A multi-agency narcotics investigation resulted in the arrest of two people on drug and gun charges in Columbus on Tuesday.

The Columbus/Bartholomew County Joint Narcotics Enforcement Team (JNET) along with the Columbus Police Department and Indiana State Police conducted a traffic stop on a vehicle leaving a hotel on the west side of Columbus.

Police found four pounds of marijuana, cash and a handgun during a search of the vehicle.

Police arrested the driver, 45-year-old Shawn Vanarsdale, of Columbus, and his passenger, 42-year-old Nicole Spatola, of Columbus. Both were transported to the Bartholomew County Jail.

Police obtained a search warrant for the hotel room that Vanarsdale checked into earlier Tuesday.

Authorities said additional charges are possible and the investigation is ongoing.