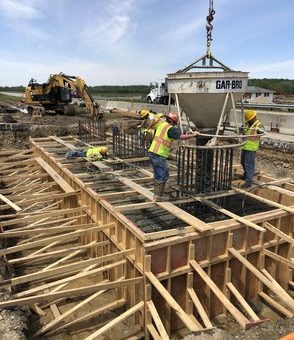 (MORGAN CO.) – Drivers returning to the road have likely noticed that I-69 Finish Line construction has moved into Morgan County north of Martinsville. Much of the construction activity is at State Road 37 near Egbert Road, Perry Road, and Waverly Road where new overpasses are being built and at Henderson Ford Road where a new interchange is being constructed. Piers for the new overpasses are taking shape. Expect lane closures and possible rolling traffic stops.

Progress is evident throughout the corridor with significant changes in traffic patterns over the past several weeks. Watch this short video to get up to date on some of the work underway and traffic changes you can expect to see. Keep in mind that a permanent 45 mph speed limit extends from the south end of the project at Indian Creek through Waverly Road.