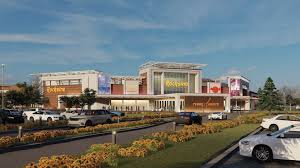 Spectacle Jack filed an amended application, with two executives of Spectacle Entertainment removed, after the commission started an investigation into them regarding charges related to campaign finance violations in Virginia.

The Terre Haute casino is planned to be a Hard Rock Casino, just like the casino that Spectacle is building in Gary.

The Tribune-Star is reporting Spectacle Jack LLC, a subsidiary of Indianapolis-based Spectacle Entertainment plans to build a 100,000-square-foot casino that would offer a total 1,200 machines and gaming tables. The publication says the Terre Haute plans also call for four bars, two gaming areas, a high-roller room, and a special location to operate a sports betting venue.

Terre Haute Mayor Duke Bennett says he’s “certain in his heart” the casino will be a positive development.

“For not only Terre Haute and Vigo County, but west-central Indiana and the entire state of Indiana,” Bennett says.

Local agreements and revenue estimates project the new casino will send $45 million to local communities and $181 million to the state in gaming revenue in its first seven years.

An analysis prepared for the gaming commission by the Indiana University Public Policy Institute suggests the casino will have an initial economic impact of $126 million, with more than 1,000 jobs created in the area. The Institute’s Drew Klacik says that does not take into account the effects of COVID-19. But he says it’s possible any such impact will be less significant by the time the casino opens.