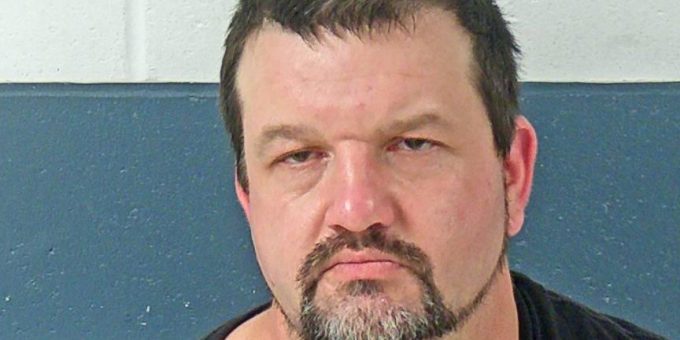 (MITCHELL) – A Mitchell man was arrested on a warrant Thursday night.

According to a probable cause affidavit, on October 15, 2019, at approximately 11:10 p.m. Indiana State Trooper Cody Brown was parked on State Road 37, just south of Washboard Road, when he noticed a passenger vehicle traveling northbound in the right lane at a high rate of speed. Trooper Brown says the vehicle was traveling 75 miles per hour in a 60 mile per hour speed limit zone. Trooper Brown conducted a traffic stop on the silver 2008 Chevrolet Impala.

He made contact with the driver, Cadance Watson, and could smell the odor of raw marijuana coming from inside the vehicle. He then asked the passenger, Edward Parker, for his identification.

Trooper Brown told the two he could smell the odor of marijuana coming from the vehicle. Parker admitted he had marijuana in the right front pocket of his pants.

Parker then pulled out the baggie of marijuana.

Trooper Brown detained both Watson and Brown. After receiving permission to search the vehicle, he located a box in the back right floor-board of the car with a black case that had two glass pipes and a clear bag with residue on it. Parker stated the box and the black case belonged to him. Parker also stated he used the two pipes to smoke meth and the clear bag and glass pipes both had a little meth in them. Also located in the back seat was a jacket with rolling papers and two glass lighters.

After conducting a search of the vehicle ISP Sergeant Greg Day arrived on scene to assist. During an interview, Parker admitted to dealing meth. Parker expressed an interest in helping by providing information on where he buys meth and who is dealing it in Lawrence County.

The arrest information was then sent to the Lawrence County Prosecutor’s Office and a warrant was issued for Parker’s arrest.