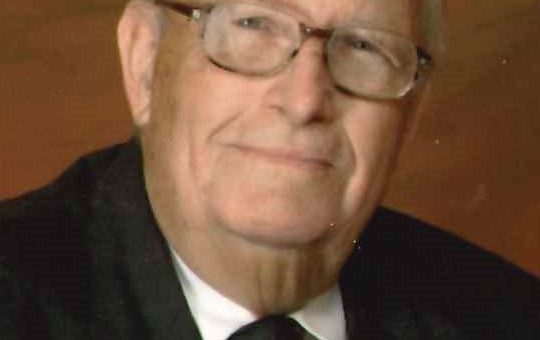 He was born in Martin County to Gladys and Hazel (Roberts) Lewis on March 31, 1938. Jim graduated from Mitchell High School in 1956 and received his Bachelor’s and Master’s degrees from Indiana University. He was an educator as well as a minister. He began his teaching career in the Mitchell Community Schools and several years later went on to teach mathematics and chemistry at West Washington School for over 30 years. He pastored Faith Baptist Church in Bedford until retirement and since 2002, he has been an active member of Bedford Baptist Temple. Jim enjoyed being the pianist at the church and he also shared his talent of playing the accordion.

Jim married Helen Edwards on June 7, 1960, and they would have celebrated 60 years of marriage in June.

Survivors include with his wife are 3 daughters including Kathy (Gordon) Campen, Karen Wise, and Lisa Dumond, as well as 12 grandchildren and 14 great-grandchildren. He is also survived by his sisters Joan (Vernie) Adams and Carolyn (John) Buttz.

He was preceded in death by his son Jeremy Lewis, son-in-law Pat Wise, his parents and brothers Paul Gene, Bob, and Bill Lewis.

Jim shared much of his time over the years sharing the Word of God and his musical talent, often at Nursing facilities and also at the Mitchell Senior Citizens facility. He was a kind and humble Christian husband, father, grandfather, and friend who will be greatly missed.

A private graveside service will be held Monday at the Mitchell Cemetery. A Celebration of Life Service will be announced at a later date for family and friends.