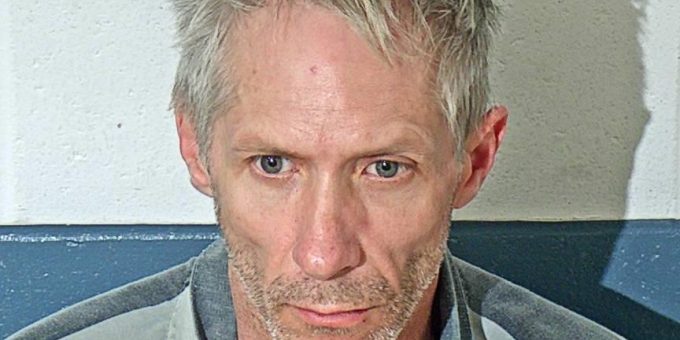 (BEDFORD) – A Bloomington man was arrested after Bedford Police officers were called to the area of 14th and F streets after a report of a domestic fight.

“While speaking to Jones he showed the usual signs of intoxication and when he was asked to step out of the vehicle he became verbally abusive with the officers,” says Chief Terry Moore. “Jones denied being involved in an altercation with the female.”

The victim told officers there was an altercation between her and Jones while they were driving around the square, but she didn’t want to file charges.

Jones continued to be uncooperative and not listen to police officers.

“He became more agitated so he was placed in handcuffs,” Chief Moore added. “While placing him in handcuffs he attempted to headbutt one of the officers and pulled away.”

Jones was transported to a local hospital for a blood draw and then processed at the Bedford Police Department and transported to jail on charges of operating a vehicle while intoxicated, resisting arrest, disorderly conduct, and domestic battery.