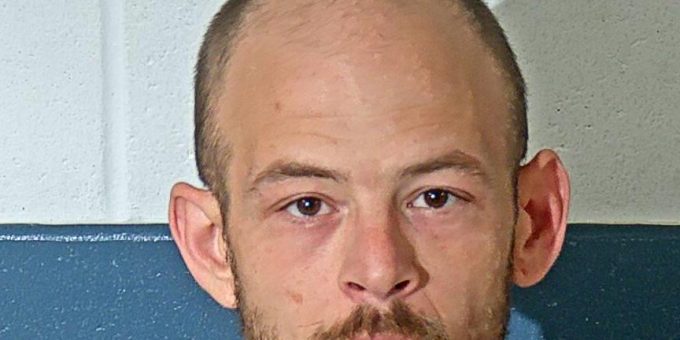 (BEDFORD) – Lawrence County Police officers arrested 36-year-old Todd Beikman on Monday morning on a warrant after he was involved in a domestic fight on May 5.

Beikman, of 717 V St., is facing charges of strangulation and domestic battery.

According to a probable cause affidavit, on May 5 at 1:52 a.m. Bedford Police officers were called to an apartment in the 640 block of Riley Boulevard after a report of a domestic fight.

When police arrived a female told police that her boyfriend had injured her during a domestic fight at his apartment on V Street.

The female told police she was at Beikman’s apartment with two other people when Beikman went to bed. The female said she joined him. That is when Beikman became violent and grabbed her by the throat, restricting her airway. He then allegedly punched her multiple times with his fist in the nose and also kicked her. The female suffered redness and swelling following the incident.

The other female told police she witnessed Beikman kicking and hitting his girlfriend.

She then left the bedroom and got the other two people there involved who assisted her to get out of the apartment. The female told police Beikman continued to come after her. Once outside of Beikman’s apartment he kicked the female in the face.

An ambulance was called to the female’s apartment and was treated at the scene but refused to be transported to the hospital.

Police attempted to contact Beikman three times. Beikman told a police dispatcher he didn’t do anything and refused to speak to the police.

Information was then forwarded to the Lawrence County Probation Department and after reviewing the information a warrant was issued for Beikman’s arrest.