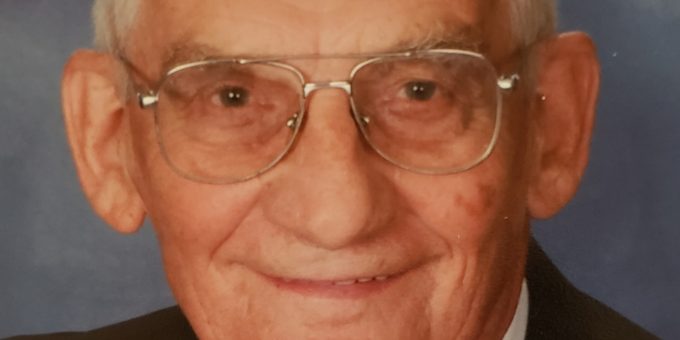 The family of Joseph Leo Henley of Bedford, Indiana, mourns his peaceful passing from the natural causes of Alzheimer’s Disease.

He was born December 3, 1939, at Georgetown University Hospital in Washington D.C. to the late Clarence Joseph and Hallie Louise (Powell) Henley of Wheaten, MD. On June 9, 1963, he married Elizabeth “Betsy” Merritt, a lasting and fulfilling union until Betsy’s death in 2010.

A graduate of the University of Maryland, Joe proudly served 20 years in the United States Navy as an officer and a Seabee. A civil engineer, he led vital construction projects all over the globe including the Vietnam Conflict and Antarctica. After retiring from the Navy, Joe earned his teaching certificate from Indiana University and taught mathematics at Bedford-North Lawrence High School. After retiring from North Lawrence Community Schools, Joe kept busy working as a construction worker for Pritchett Bros Construction as well as a professional and volunteer handyman for The Villages of Indiana, Hoosier Hills Red Cross, and his wife, Betsy.

A lifelong Catholic, Joe had a deep faith, growing his spiritual life with prayer, retreats, and, most of all, service. Wherever he was in the world, Joe was an active member of his parish, serving in whatever capacity he could: Lector or Eucharistic Minister, Parish Council, Pennies from Heaven, putting up tables after coffee and doughnuts, escorting elderly parishioners, or handing out foreign coins to younger parishioners after Mass.

He is reunited in Heaven with his parents, Clarence and Hallie; his wife, Betsy; and his brothers, Eugene “Gene” and Dennis.

A private family service will be held Tuesday, May 12, 2020, at St. Vincent de Paul Catholic Church in Bedford, Indiana, with Deacon Dave Reising officiating. Interment will be held at Lincoln Cemetery in Brentwood, Maryland, at a later date.

A Celebration of Life for family and friends will be announced at a later date for a proper Mr. Joe send-off complete with penguins and foreign coins.

The family would like to thank the staff of Fairway Village of Indianapolis for being Joe’s caregiving family and especially their kind and compassionate care during the uncertainty of the Coronavirus pandemic.