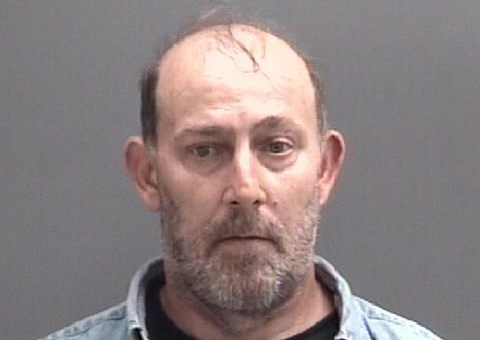 (GIBSON CO.) – Wednesday afternoon at approximately 1 p.m., Indiana State Police responded to a crash on State Road 57 north of State Road 64 in Oakland City that resulted in one driver being arrested for operating a vehicle while intoxicated – endangerment and for possession of meth.

Indiana State Police say 23-year-old Maklaine Conner, of Petersburg, was driving her 2008 Chevrolet Tahoe northbound on State Road 57 north of State Road 64 near the Diplomat Motel when she observed a detached trailer traveling south. The trailer crossed the center line into Conner’s path. After impact with the trailer, Conner’s vehicle became airborne and rolled over onto the guardrail along State Road 57. She was checked by EMS, but refused medical attention at the scene.

The driver of the truck that the trailer had detached from was identified as 47-year-old Jarrod Bruce, of Oakland City. He was traveling south on State Road 57 in his 2002 Toyota when his trailer detached from his truck. Police say the trailer’s safety chains were not being used.

Troopers noticed Bruce was displaying signs of impairment at the scene and he failed field sobriety tests. When troopers searched his vehicle they found a clear glass smoking device and two baggies containing meth.

A blood test at Gibson General Hospital in Princeton revealed Bruce was under the influence of methamphetamine. Bruce was arrested and taken to the Gibson County Jail where he is currently being held on charges of possession of meth, operating a vehicle while intoxicated – endangerment, and possession of drug paraphernalia.