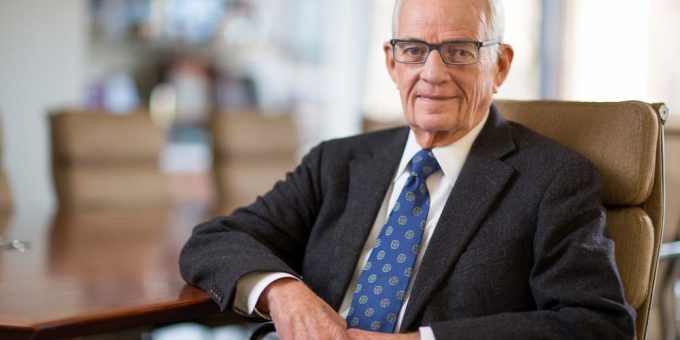 (BLOOMINGTON) – Paul O’Neill died Saturday at the age of 84, according to an IU press release.

O’Neill, an IU alumnus, was the namesake for the Paul H. O’Neill School of Public and Environmental Affairs.

According to the Associated Press, he died of lung cancer.

“Paul O’Neill was an extraordinary leader who, in his more than five decades working in the public and private sector, embodied the very ideals we strive to impart in our students,” President Michael McRobbie said in the release.

SPEA was renamed the Paul H. O’Neill School of Public and Environmental Affairs on March 4, 2019.  He donated $30 million to IU.

A former head of aluminum giant Alcoa, O’Neill served as Treasury secretary under former President George W. Bush from 2001 to late 2002. He was forced to resign after he objected to the second round of tax cuts because of their impact on the deficit.

O’Neill earned his master of public administration degree from Indiana University in 1966. In 1967, he joined the U.S. Office of Management and Budget, serving as deputy director from 1974 to 1977.