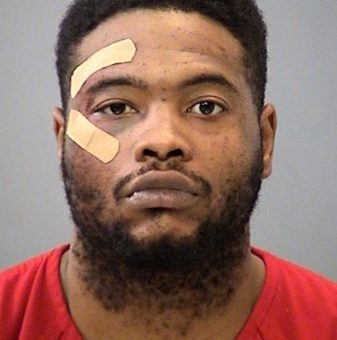 (INDIANAPOLIS) — A man was formally charged with murder Tuesday in the slaying of an Indianapolis police officer who authorities said was shot through an apartment’s door while responding with other officers to a domestic violence call.

Elliahs Dorsey, 27, faces one count of murder in last Thursday’s killing of Officer Breann Leath, 24. Dorsey, who was arrested shortly after the shooting, also faces one count of criminal confinement and four counts of attempted murder.

One of the attempted murder counts stems from Dorsey’s alleged shooting of a woman he had confined inside the apartment on Indianapolis’ far east side before officers arrived, according to a probable cause affidavit filed with the charges.

The three other attempted murder charges involve three other officers who were standing with Leath outside the apartment when Dorsey fired several shots through its door, fatally wounding Leath after one of the officers tapped on it with a flashlight, the affidavit states.

During an initial court hearing held Tuesday morning via a video link due to coronavirus restrictions, an automatic not guilty plea was entered by Dorsey and a judge set his trial for Aug. 17.

Dorsey never looked up during that hearing, and he kept closing his eyes and shaking his head, WXIN-TV reported.

Dorsey told the judge he had spoken to his family about hiring an attorney to represent him, after initially saying he would represent himself. The judge set a May 6 council hearing, saying that Dorsey’s attorney status would be reviewed at that time.

Marion County Prosecutor Ryan Mears said in a statement that his office’s employees “grieve with the community and will always remember Officer Leath’s exemplary service and sacrifice.”

Leath had been with the Indianapolis Metropolitan Police Department for 2 1/2 years.

Gov. Eric Holcomb on Tuesday directed that flags across Marion County be flown at half-staff from sunrise to sunset on Thursday, the day of her funeral.

According to the affidavit, Dorsey told officers he had smoked marijuana earlier on April 9 and felt strange, “like someone was trying to kill him” and also believed the woman he allegedly confined and later shot “was trying to set him up.”

That woman, who survived her wounds, told officers Dorsey had been acting strangely and saying that she and other people were trying to kill him or get him. After she called 911 to summon help, she said she heard two knocks on the apartment door and began walking toward it.

But Dorsey stopped her, said “that ain’t the police” and began shooting at the door, she said. When Dorsey let go of her, the woman said she opened the door, saw Leath on the floor and tried to flee down the stairs, only to be shot several times by Dorsey, the affidavit states.