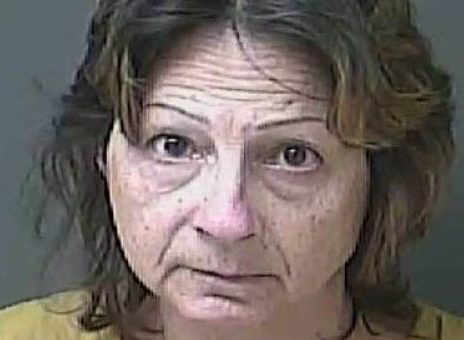 (KOKOMO) – A 56-year-old Kokomo woman told police she drowned her 4-year-old grandson because he’d “be better off in heaven.”

Helen Martin was arrested on charges of murder and neglect of a dependent.

Police arrested Martin on Friday after police were called to the home after a report of an unresponsive 4-year-old. The boy later died at a hospital.

Martin’s husband told police his wife had drowned the boy.

Martin said the boy was taking a bath and she got into the bathtub and pushed his head under the water until he drowned.

Martin’s husband had left the home to go to the couple’s storage unit and post office when the incident happened.

After drowning her grandson, Police say Martin got out of the tub, changed into dry clothes and put her wet clothes in the hamper.

Her husband returned and pulled the boy out of the water. Martin’s husband told police she has called him saying she had drowned the boy. Martin told investigators she didn’t remember making that call.

She also said she suffered from depression and memory loss, telling investigators she sometimes lost her memory due to PTSD from a “past abusive marriage, depression, anxiety and bipolar disorder.”

Martin is being held without bond. Her initial hearing is scheduled for April 2.