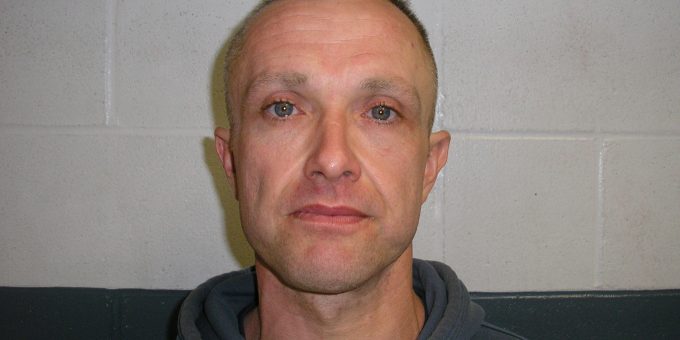 (BEDFORD) – A Williams man was arrested after a Bedford Police officer on routine patrol noticed a man acting suspiciously at Revere’s & Food and Fuel.

During the traffic stop, Hillenburg gave the officers a name and date of birth.

“It was later determined that the male was really Brandon Hillenburg and he was wanted on an active warrant,” Chief Terry Moore said.

According to a probable cause affidavit by Bedford Police Officer Nicholas Lemke, on November 22, 2019, at approximately 5:26 p.m., Bedford Police officers were called to Walmart in reference to a stolen debit card.

Police spoke to a woman who told police she first noticed the debit card was missing on November 14, 2019.

A fraudulent purchase was made at Walmart using the missing debit card and the owner of the card requested a copy of the receipt.

Whoever used the card had bought a Nintendo Switch Lite video game console with a value of $199.99 and a video game with a value of $49.99. The woman nor her mother, who also has permission to use the card, did not make the purchase. The card was also used to place money on a PayPal account.

The woman told police that she believed she had used her debit card on November 14th at Magic Morning and Big O Tires because she had a flat tire. She told police she thought the card was in her center console of the vehicle.

Since that time the woman had called Springs Valley Bank and canceled the debit card.

Police were able to view security footage of the fraudulent purchase.

The person that purchased the items was a white male who officers identified as Hillenburg, who worked at Big O Tires.

Police went to Big O Tires and reviewed video during the time of the incident.

The video showed the woman at Big O Tires getting out of her vehicle and reaching into her pocket and the debit card falls on the ground. Then 13-minutes later the video shows Hillenburg picking up the card off the pavement and putting it in his back pocket and continuing to work. The video never shows Hillenburg handing the card over to management.

On December 4, 2019, Detectives visited Hillenburg at his home on State Road 158.

Police showed him photos of him at Walmart and at Big O Tires picking up the debit card. Hillenburg told police he thought he had given the card to the manager and had not used that card at Walmart. He then said that if someone used the card they would need the pin number. Police told Hillenburg that the male had entered the wrong pin number on the first attempt and then ran the transaction as a credit card.

Detectives forwarded their information to the Lawrence County Prosecutor’s Office and a warrant was issued for his arrest.