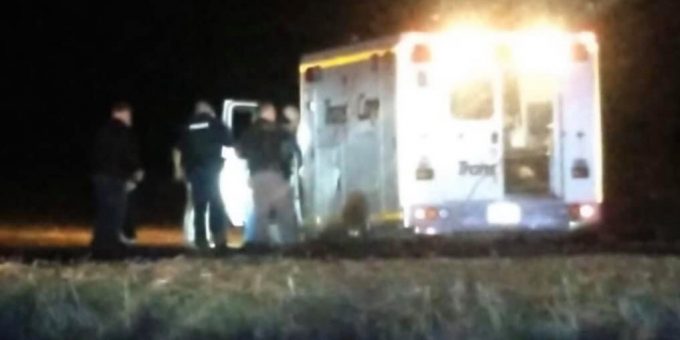 (SULLIVAN CO) – The Sullivan County Sheriff’s Dispatch was alerted at 11:30 p.m. Monday of a stolen ambulance heading southbound on US 41 towards Sullivan County.

The officers activated their emergency lights and sirens but the person driving the ambulance refused to stop.

The ambulance struck the stop sticks and veered off the road before becoming stuck in a cornfield. The only occupant was identified as a 25-year-old female from Terre Haute. Her name has not been released at this time.

She was transported to Good Samaritan Hospital in Vincennes.

The case is under review by Prosecutor’s Office in Vigo, Sullivan and Knox Counties.